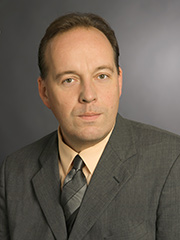 Curriculum Vitae
2016, official appointment as an expert in tax law by the local bar association.
2009, established own legal practice in Berlin and provide legal services as an Attorney at Law.
2007 - 2009, Debevoise & Plimpton, Investigator.
2004 - 2007, Attorney in the law firm of Dr. Hök, Stieglmeier und Kollegen, Berlin.
2002 - 2004, Study at the Golden Gate University, San Francisco, and awarded the degree of Master of Law in U.S. Law.
2000 - 2002, Clerkship in the district of the Berlin Court of Appeal and passed the Second State Examination of Germany.
1996 - 2000, Study of Law at the Freie Universität Berlin and Yale University. Graduated and passed the First State Examination of Germany.
Languages
German, English, Spanish.

Publications (include)
"The extension of German compulsory share statutes to Non-EU-Countries after August 2015"
in: "Erbrecht, No. 10, 2015".

"Revocation of a will caused by marriage, the position under English and US law"
published in: Private International Law in Practice, (IPRAX, pp. 149-155, 2008).

Country report on the law of building contracts in the USA in the Handbuch für Internationales Bauvertragsrecht [Handbook of International Building Contract Law] Springer-Wissenschaftsverlag, Heidelberg, 2005.