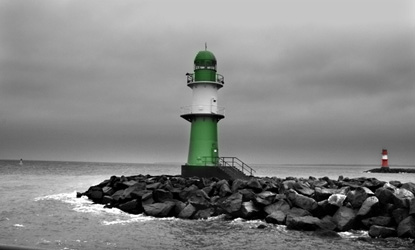 Formal requirements for a will in Germany, Great Britain and the USA

The formal requirements for a will in Germany are very different from those in other countries such as the USA and Great Britain. In Germany, a will must normally be handwritten and signed by the testator. It is also in principle not required in Germany that there be two witnesses, unlike in the USA or Great Britain. An exception to this is the emergency will before three witnesses as provided for under Section 2250 of the German Civil Code (BGB).

Emergency will
Firstly, the emergency will requires that an emergency situation exists, such as when other forms of emergency will, e.g. the emergency will made before the mayor (Section 2249 BGB) can no longer be made because death is imminent. In this case, just a verbal statement is sufficient. However, a written record of this must be made, and this record must be signed by three witnesses. A higher German court dealt wíth such a case recently (Cologne Higher Regional Court, decision of 5 July 2017, case no. 2 Wx 86/17). This decision established a principle of law that has already existed for a long time in other countries such as Great Britain and the USA, where most wills require at least two witnesses – the witnesses may not themselves be beneficiaries of the will, nor may family members of beneficiaries witness the will either.

Different arrangements in California
These differ from Anglo-American legal systems, which have been dealing with the subjects of witnesses and wills for some time. In California, for example, a will is not rendered invalid if one of the witnesses is a beneficiary of the will. However, the number of witnesses required is then increased from two to three (Section 6112 of the California Probate Code), two neutral witnesses and one beneficiary. It is otherwise assumed that the will has been made under duress to exploit an emergency situation. The German court merely had occasion to establish that the mere presence of a fourth person who has not signed the written record is not sufficient to substitute for the lack of a neutral third witness.

Reading the Californian law just referred to (Section 6112 of the California Probate Code), one can guess at the matter upon which a German court will be asked to decide at some time in the distant future – is it necessary for the testator to survive the written record or is it sufficient for him or her to have said everything he or she wanted to say and for the record then not to have been written down until after his or her death? For California the answer is clear: the testator must live long enough to see the witnesses sign the will (Section 6110 (3) (c) of the California Probate Code). For Germany, this question is being left to await future developments.

The European Court of Justice (ECJ) has recently once again made it clear that the German legislator is not permitted to treat Germans, citizens of third countries and nationals of other EU member states and to some extent even those who are citziens for third countries unequally for the purposes of inheritance tax (ECJ Hünnebeck case, ECJ decision of 8 June 2016, CS 459/14). The ECJ had already in 2010 found the German tax-free allowance of EUR 2000 for non-Germans as opposed to an allowance many times greater for resident taxpayers to be incompatible with European law (ECJ Mattner case, ECJ decision of 22 April 2010, CS 510/08). In reaction to that 2010 decision, the German legislator gave foreigners at least the possibility of making a special application to be treated like residents (Sec. 3.2 of the Inheritance Tax Act, ErbStG). But these arrangements are now void as well and the German legislator must put arrangements in place which satisfy the requirements set by the ECJ in accordance with the principle of freedom of movement of capital within the EU.

For deaths occurring after Aug. 17th. 2015, when new EC Regulation No. 650/12 comes into effect, Germany´s statutory inheritance right will also cover real estate located in England, the USA, Hong Kong, Australia and many other common law jurisdictions if the deceased´s last place of habitual residence was in Germany.

Last Autumn, the European Court of Justice declared existing Spanish inheritance and gift tax legislation to be in breach of EU law because it discriminates between residents and non-residents in Spain (ECJ judgement of 3 September 2014 (Case No. C-127/12)). The Spanish legislator has now reacted to this. With effect from 1 January 2015, the various Spanish regions have what amounts to general precedence in inheritance and gift tax matters (Law Number 26/2014 of 27 Nov. 14). This is in most cases beneficial for non-Spanish legatees and donees, as the allowances under these regional tax arrangements are generally higher than those for Spanish federal inheritance tax, and the rates of tax are lower.